Articles on: Process execution
This article is also available in:

All users will have access to their own Message Center. There you will find two sections: the In-App messages addressed to them and the comments in process instances in which they participate.Touching the bell icon will access a preview of the last comments or In-App messages received. 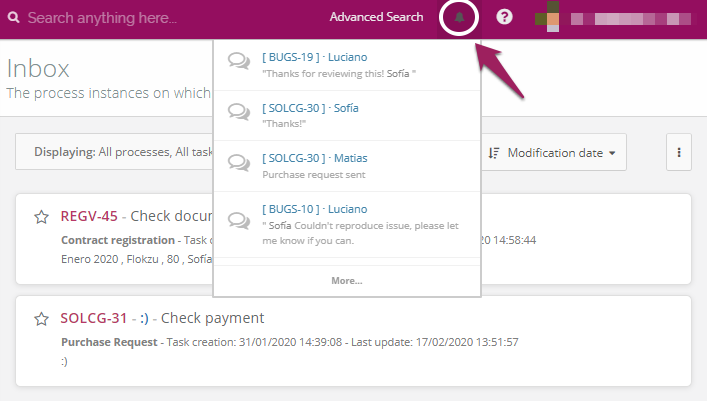 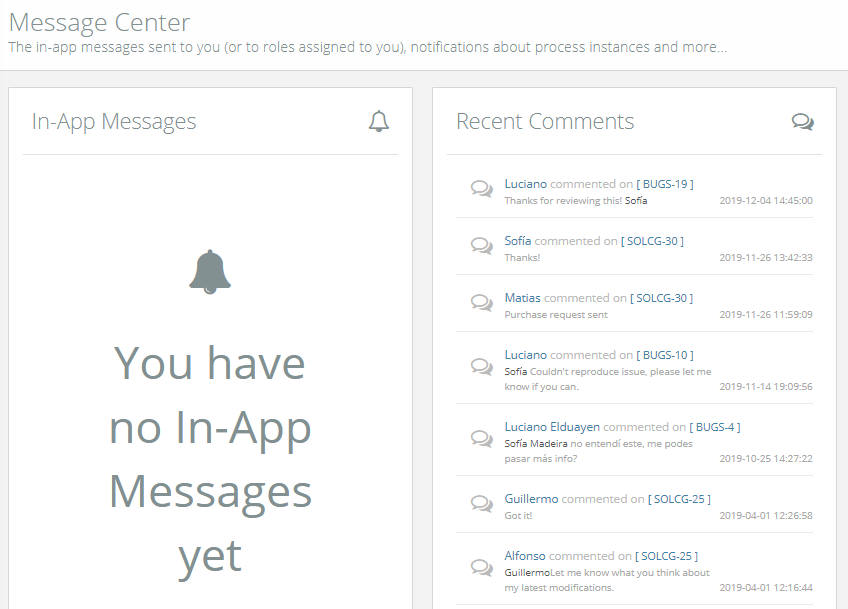 In-App messages are set up using a Send Task from the workflow, if you receive one it will appear in the message center. For each message it is identified to whom the message was sent, to recognize whether the recipient is your user or a role. It also indicates which messages have already been opened and which have not, the date and time of sending.

Where to set up In-App messages 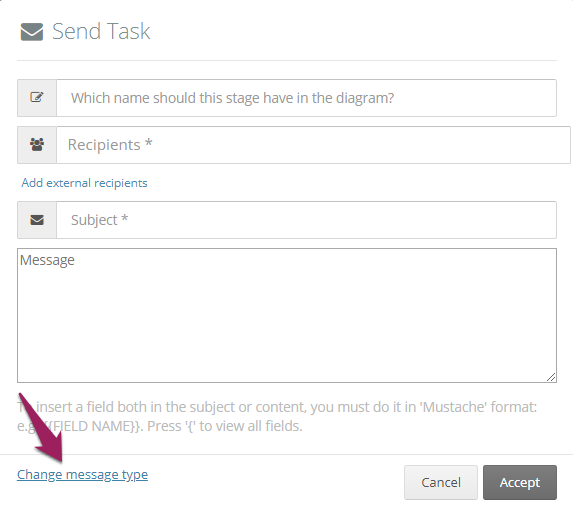