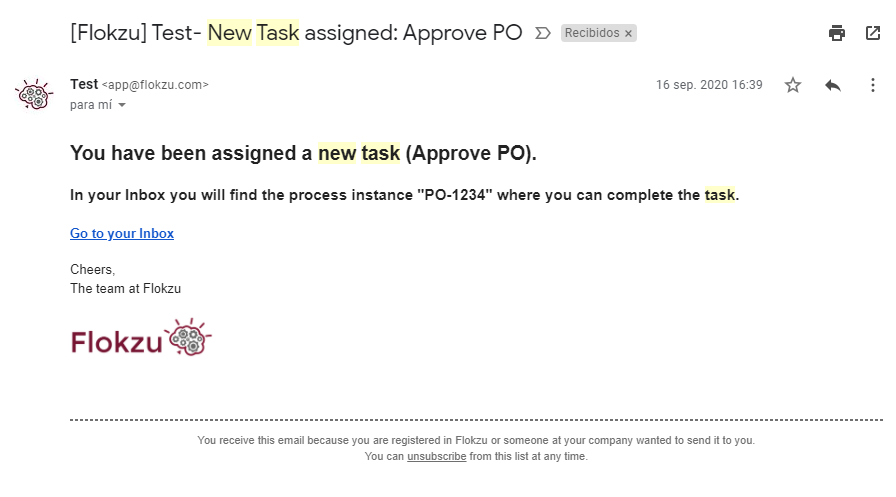 What happens when you unsubscribe?

Once you unsubscribe you will stop receiving any emails sent to you from the tool, except for the password recovery emails.

Who can unsubscribe from the emails?

Both users and people outside the organization who have received emails from the tool can unsubscribe from the emails.To check if an external person has unsubscribed from your emails you should contact the Flokzu team.

How can I check if a user has unsubscribed and re-subscribe?

To check if a user has unsubscribed from your emails you just need to go to the section Users Management inside the tool, look for the user and if it has an icon of an envelope it means that he has unsubscribed. By pressing the icon of the envelope you will re-subscribe to the emails. 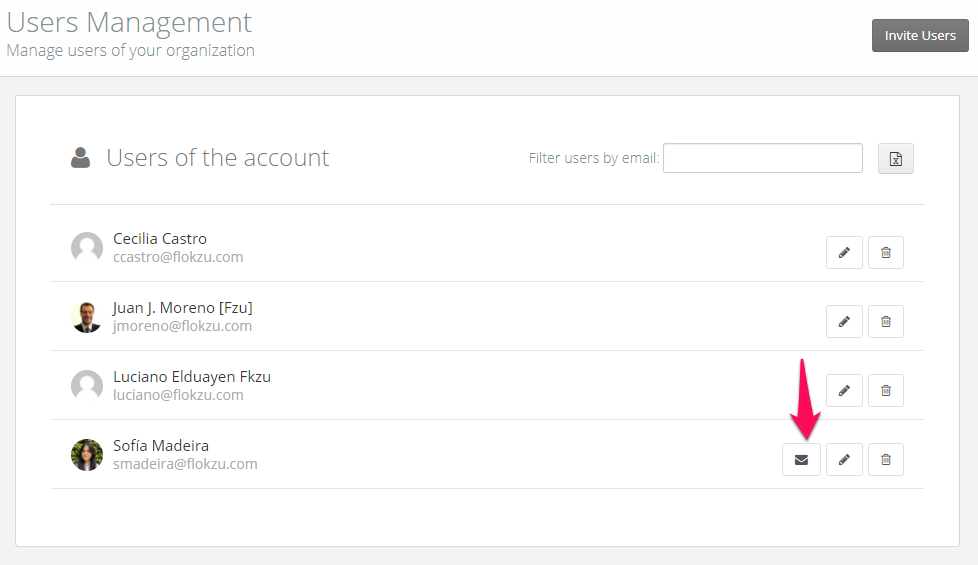 In case any user defines us as spam, he will stop receiving emails from all Flokzu accounts he is associated with.To resubscribe a user who has defined us as spam, please follow the steps below:1 The user must remove us from spam.2 Flokzu will be notified about that and remove the user from the unsubscribed list.3 The user is going to receive emails again. Those emails that were sent while the user was unsubscribed are not going to be received.